IGT, or International Game Technology, is one of the oldest and longest-standing game development specialists on the planet. The company has changed its name and has pivoted multiple times over the decades, though since its inception in 1975, the company’s focus has been on developing slots and casino games that stand out from the crowd.

IGT started life in 1975 under the banner of A-1 Supply – through the work of William ‘Si’ Redd, an experienced pinball and gaming expert. The company would go into business with Bally just a few years later, before becoming SARCOMA, and then International Game Technology. By the start of the 1980s, IGT had grown to become the premier name in Vegas gambling machines.

Since that time, IGT has steadily evolved to provide a plethora of long-standing slot and table games, as well as video poker standards, available to enjoy online. IGT slots now number more than 250, and the company reportedly employs more than 10,000 people across the globe.

The IGT brand continues to develop physical games for casinos and gaming establishments and even has its own ‘university’ set up to help train and develop the next generation of game developers and experts. It has a firm presence on the stock exchange and leads with principles of responsibility, innovation, and passion.

Since the emergence of online slot games, IGT has successfully transferred its expertise and innovation over to the web – and it is responsible for some of the best-known slot titles of all time.

For example, IGT slots include the likes of Cleopatra – a 2012 title that may have helped to kick-start the Egyptian craze in online casinos for the decade to pass. The game offers an RTP of 95.7%, and in many ways, it’s seen as a forerunner for legions of 5×3 slot games that followed. To this day, players can still find casinos hosting Cleopatra online, as well as new variations on the classic.

IGT is also responsible for bringing the well-loved Da Vinci Diamonds to the masses. This game, while simple in appearance, set the tone for cascading games for years to come. The title, much like Cleopatra, emerged in 2012, and despite its relative age, proves to be extremely popular – its ease of accessibility and low to medium variance help matters.

IGT may be one of the longest-standing game providers of all time. While studios such as NetEnt and Microgaming emerged at the point where online slot games were fast becoming hot property, the engineers at IGT have the advantage of experience, which heads back into the early days of video poker.

However, IGT is not set to rest on its laurels any time soon – its game lineup is always expanding, as is its employee base. It’ll certainly be exciting to see the provider’s successors to big titles such as Cleopatra and Da Vinci Diamonds.

Slots Games – Tracking Down a Good Website for This Purpose

Slot Bets You Should Know Now With All Solutions

Slots Games – Tracking Down a Good Website for This Purpose

Slot Bets You Should Know Now With All Solutions 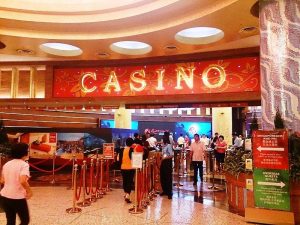 Want to Get into the Right Casino? Click to Casino Finder